GET A SAME DAY QUOTE 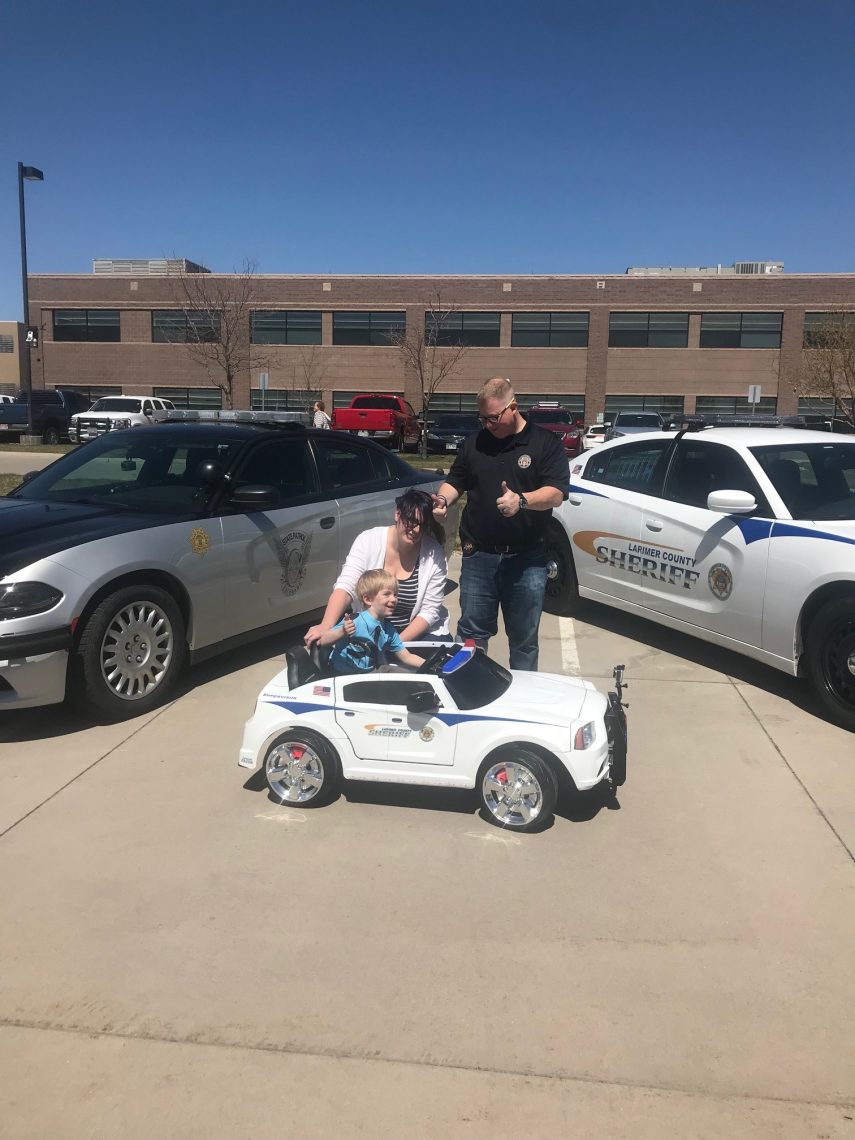 Every so often an opportunity comes along that you just can’t pass up. That recently happened to us here at Action Signs, and we’d like to share the amazing project that we were able to be involved over the past couple of months.

We have worked with the Larimer County Sheriff’s Office before, providing SUV wraps and car wraps for the vehicles in their fleet. So when they came along and asked us to provide a vehicle wrap for a Power Wheels vehicle, you can guess that we were a bit confused at first. If you’re not familiar, Power Wheels are those battery-powered toy vehicles that kids can ride in. They typically carry up to two children at a time, and their small size and weight capacity mean that kids usually age out of them around age 10. So why would the Larimer County Sheriff need one branded with their logo?

It’s a story with a sad beginning and a happy ending. Billy Gentry is a deputy with the Larimer County Sheriff’s Department. Deputy Gentry and his wife Michelle have a son named Wyatt, who is three-and-a-half years old. Unfortunately, Wyatt developed a brain tumor that has severely reduced his vision…but not so much that he can’t have fun in a Power Wheels!

Fellow LCSO trooper Jerry Sharp wanted to help his co-worker Deputy Gentry during the difficult situation. Not only did he start a GoFundMe page to help the Gentrys with their medical bills, but he also wanted to do something special for Wyatt himself. What could be better for Wyatt than a Power Wheels Dodge Charger that’s decked out to look like his dad’s patrol car? To make this happen, Sharp worked with Affordable Automotive Repair of Fort Collins and Recreational Electrical of Loveland to help alter the body of the Power Wheels. After all, there aren’t many kid-size electric vehicles that have bumpers like your average sheriff’s department vehicle! Sharp approached us at Action Signs to help put the finishing touches on the small vehicle, and we were more than happy to oblige. It turned out to be one of the smallest vehicle wraps we’ve ever done! With the three companies donating their time and resources for the toy vehicle, the GoFundMe money was donated directly to the Gentrys.

Dozens of law enforcement offices, friends, and family members were on location to watch Wyatt take his first spin in his special edition vehicle. That first drive occurred in the parking lot, but it ended up moving inside to the halls of the LCSO headquarters. After that there were hours in the driver’s seat when he got home. Then first thing the next morning! Wyatt’s vision might be diminished, but he can still enjoy whipping around in well-supervised areas!

While just about every kid would love to have an electric Dodge Charger to drive around, we’re proud to have been a part of this very special LCSO car and to work with the sheriff’s department once again.

STAND OUT FROM THE COMPETITION