GET A SAME DAY QUOTE

Everything You’ve Ever Wanted To Know About Vinyl Vehicle Wraps

Our sign shop in Fort Collins is well known for many printing services, but none more so than the application of vinyl vehicle wraps. We’ve helped businesses up and down the Front Range make the most of their vehicles by applying custom vinyl wraps to cars, vans, SUVs, trucks, RVs, motorcycles, boats, trailer, and commercial vehicles of all sizes.

But what are vinyl wraps? What kind of business gets them, and why are they so effective? Can they serve any other purpose beyond advertising? That’s what we’re here to answer today in this simple guide to vinyl vehicle wraps.

In the simplest terms, vinyl vehicle wraps are large decals, or, to be more specific, a series of vinyl decals put together to form a group of images on a vehicle. Every inch of the vehicle, excluding the undercarriage, can have these decals applied.

You can get vehicle wraps on the usual suspects — cars, trucks, vans, and SUVs — but also on vehicles you might not think of, such as RVs, buses, and trailers. In just a short time they can turn a regular car into a mobile advertising and brand-imprinting machine, one that can driven up and down I-25 and on the streets of Fort Collins, Loveland, Greeley, Longmont, Berthoud, and everywhere in between.

Who Gets Vehicle Wraps?

Vehicle wraps are most commonly used by businesses who are hoping to make impressions on potential customer through the cities and towns of the area. They can be much more detailed than a custom paint job, because they’re printed beforehand. And because they’re printed, they can be reproduced again and again to create a fleet of vehicles if need be.

While it’s not common on the Front Range, people who love their cars can have custom wraps done, much as people would airbrush vans back in the 1970s. As long as you own the copyright, we can put whatever image you want on your vehicle, large or small. No matter who is getting a vehicle wrap, it’s a faster and more concise way to get graphics applied to a vehicle.

Yes, but it’s best that you hand-wash any vehicle that has a vinyl wrap. Vehicle wraps hold up to UV radiation from the Colorado sun and the weather our fair state throws at us, but to make them last even longer it’s best to keep them away from the myriad of scrubbers you find in a typical automatic car wash.

Do Vehicle Wraps Damage The Paint?

That’s one of the coolest parts about vinyl vehicle wraps. While the tack that keeps the decal on is very strong, it’s not going to damage the car’s paint. We use 3M wraps, and 3M is the #1 adhesive manufacturer in the world. If the application damaged the paint of a vehicle, it would have been a non-starter from the beginning. 3M found a way to make it work!

Yes, vehicle wraps are certainly removable, but we’d suggest you have a professional handle it. While the process doesn’t hurt the paint on the car, it can be difficult to get the residue off. Leaving the residue on after the sticker is removed could cause the paint to fade unevenly and make the paint job look like its damaged

After spending money to have a vinyl vehicle wrap applied, why would a company want to have it removed? The number one reason is that they are upgrading their vehicles and don’t want to have their logo being driven around by the next owner who could sully their reputation. Another reason they have them removed is that the logo of the business has changed, or perhaps they’re changed locations and have to change the address. An employee who has their face on the side of the vehicle might not even work there anymore. At that point, a business often decides to have the sticker removed and start from scratch.

How Long Do Vinyl Wraps Last?

A well-applied vinyl wrap tends to last between one and five years. That makes them a much better investment than other short term forms of marketing, including billboards, radio ads, and TV spots.

Why the big difference between one and five years? Well, like everything, it has to do with the kind of use it sees. A vinyl-wrapped car left out in the elements — subjected to the heat of summer and freezing cold of summer, with the UV radiation hitting it at all times — isn’t going to last as long as one that spends its night in a garage.

Can They Be Fixed If Damaged?

Yes, vehicle vinyl wraps can be fixed if damaged. For instance, if one gets keyed or a car door gets banged, sections of the decal can be replaced. Because we keep the digital art files, all we have to do is print out a new section and replace it. Be aware that, even though each decal is UV coated, some fading can occur in the decals that remain on the vehicle. There might be some variance in colors between the new and the old sections of decal.

Why Do They Work?

Vehicle wraps are one of the most efficient uses of a businesses advertising dollars. Here are just a few reasons wraps are so good at getting people’s attention. 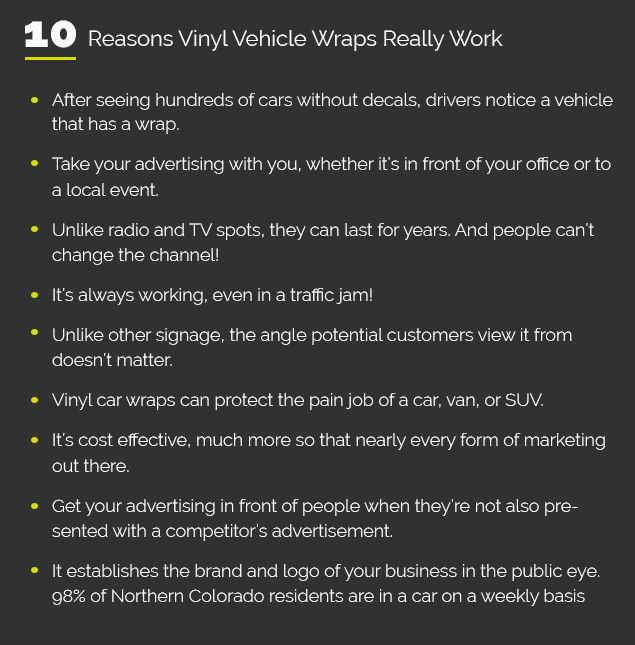 What Are The Best Ways To Use Vinyl Vehicle Wraps?

At Actions Signs, we’ve been applying vinyl vehicle decals for many years. We know the designs that work best, the right size and font to use, and the colors that will attract the most eyes in Fort Collins, Loveland, Berthoud, Windsor, Greeley, and beyond.

We also know how to make the most of the canvas, which in this case is a particular vehicle. Let’s take a look at the different types of vehicles and how they can best use a vinyl wrap. 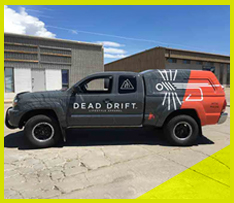 Vinyl truck wraps have a few advantages over your typical car wrap. First of all, the bed is one long, unbroken area that can be used for very detailed graphics or text; car wraps, on the other hand, are often broken up by rear doors.

The final advantage involves the truck’s tailgate, which is a huge vertical surface. While a car has a sloped trunk that can be completely missed by someone in another car, a vinyl-wrapped tailgate is like a billboard in front of whoever is behind it. 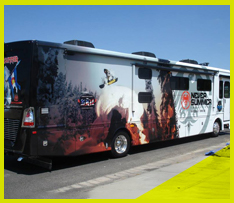 When you hear about a wrapped RV, what’s the first thing that comes to mind? When most people think of wrapped RVs, they think of one that’s part of an RV fleet, a rental that is wrapped much like a U-haul truck would be. And it’s true, many RV wraps you see on the road are part of a rental fleet that is providing the name of the company, their phone number, and their web address.

A less common reason, but one that is much more fun, is because the RV is special to the owner. You see, people who live in RVs tend to really love their vehicles, and they want them to be as special as possible. They’ve already tricked-out the inside, and now it’s time to put on an RV wrap and make it look as unique as possible on the outside. When they pull into an RV park, they want people to stop and stare. Instead of painting the siding of their permanent house to make it stand out (something the HOA would frown on), they’re taking full advantage of their ability to make their RV looks exactly as they want. 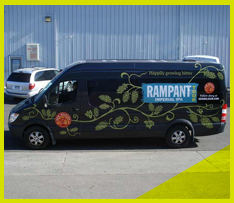 While we get the request for the occasional “1970s scantily-clad lady with a sword” airbrush-look van wrap, that’s not the standard. More often than not the van wraps we put on are for business that are hoping to make an impression of the people of the Front Range.

Vans actually present an excellent opportunity for vehicle wraps. That’s because there are multiple vertical surfaces that can have large areas of images and text. Not only are there two large sides, but there’s also the back that can accommodate a third large image. All three of these images can be huge when compared to car wraps, ensuring that people on either side and to the rear are getting an impression of the business. If a van doesn’t have windows, as is the case with many working vans, then even more space can be utilized (That’s not to say we can’t work around windows, because they’re really no problem.) 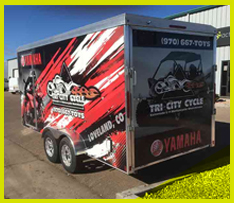 Here’s the interesting thing about trailer wraps: they can team up with the truck pulling them for a one-two advertising punch, or they can just punch on their own! 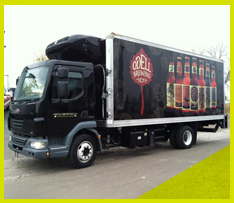 People simply expect to see a vehicle wrap on a commercial truck. In fact, it just seems odd when people see something like a Dodge Promaster or Ford Transit that’s still completely white, as if it’s just not finished yet. Commercial truck wraps are a simple, fast, and inexpensive way to brand the vehicle and make it look like it’s finally finished.

As big as those cargo vans get, we at Action Signs can actually go bigger! After all, if we can put on an RV wrap, we can wrap just about anything. That’s a great aspect of vehicle wraps; since they can go on in sections, size really isn’t an issue. Got an 18-wheeler and trailer you want wrapped? We can do it!

When it comes right down to it, we can’t really think of a reason you wouldn’t want to put a vinyl wrap on your vehicle. Considering the incredible amount of impressions that you can make during each and every day, it’s a no-brainer. Establish your business as a leader in the Fort Collins area; check out our gallery and be inspired!

What People Are Saying About Us!

STAND OUT FROM THE COMPETITION